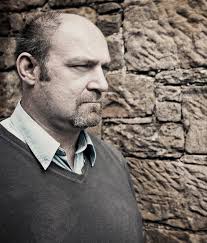 Graham Smith is a time served joiner who has built bridges, houses, dug drains and slated roofs to make ends meet. Since Christmas 2000, he has been manager of a busy hotel and wedding venue near Gretna Green, Scotland. (Where the cri.me’s partnered up!)

2018 will be a busy year for Graham as he has the third Jake Boulder being published and a Harry Evans novel and novella.

An avid fan of crime fiction since being given one of Enid Blyton’s Famous Five books at the age of eight, he has also been a regular reviewer and interviewer for the well-respected website Crimesquad.com since 2009

Graham is the founder of Crime and Publishment, a weekend of crime-writing classes which includes the chance for attendees to pitch their novels to agents and publishers. Since the first weekend in 2013, eight attendees have gone on to sign publishing contracts.

Today, as part of Novella November he’s talking to us, about their uses as introductory catalysts and mid series teasers…

I’m something of a contrarian when it comes to short stories and novellas. Before I started writing, I tended not to read them as my preference was always for novel length works. However, as an aspiring author, I really learned a lot about the craft of writing, and brevity in particular, by writing short stories. To this end I wrote around forty short stories before refocussing my attentions on the unfinished novel which was sat on my computer.

When my debut novel, Snatched from Home was accepted for publication by Caffeine Nights, I contacted the publisher and mooted the idea of a short story collection with each of the five stories introducing a different member of the Major Crimes Team. My idea was that it would be free or certainly cut price and would therefore give readers a chance to meet the team and check out my writing style.

The publisher gave me the go ahead and I put finger to key – pen to paper is so last year. A couple of weeks after I’d submitted the collection, he emailed me back to say he liked them and could I also write a novella or short story collection to precede each novel in the series. Naturally, I said yes to this.

As I’d already written book two in the series, I Know Your Secret, I had to write a novella which fit between it and Snatched from Home. The problem I had was that there was only 48 hours between the end of one novel and the start of the next. Fortunately I came up with an idea for a story which would not just fit within that time frame, but would actually take place over a period of nine hours.

A month later, the first draft of Matching the Evidence was complete. With me caught up on the publishing schedule the next piece I wrote featuring the Major Crimes Team was No Comment, the novella which will be released in spring 2018 before the release of the next novel, When the Waters Recede.

For me, writing shorter form pieces such as novellas or short stories allows room for experimentation. By that I mean I can try different points of view so I can introduce support characters to the reader more fully, or that I can write a plot which doesn’t have the legs to be a full novel, but is still intriguing enough to be told in short form.

I could go on and on about short stories and novellas, but that would rather defeat the point, wouldn’t it? All I have left to say is, if you’ve not tried the delights of a shorter read, you’re missing out on some great bite-size fiction, so go on; try something that can be read during your commute or in a snatched ten minutes of peace. You’ll get a story that fills your need without leaving you sorry that you have to stop reading.

Graham can be found on