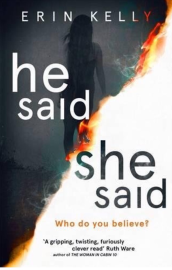 Don’t be left in the dark.

In the hushed aftermath of a total eclipse, Laura witnesses a brutal attack. She and her boyfriend Kit call the police, and in that moment, four lives change forever.

Fifteen years on, Laura and Kit live in fear.

And while Laura knows she was right to speak out, she also knows that you can never see the whole picture: something is always hidden . . . something she never could have guessed.

I must have a thing about eclipse stories at the moment, because this comes hot on the heels of Frances Brody’s eclipse set Death in the Stars.  Two novels, which could not however, be any more different.  After the cosiness of the 1920’s, I have been catapulted into the late nineties with a story the begins in Cornwall during the 1999 total eclipse, and continues on right until 2015 spanning the lives of Kit, Laura and Beth, along with the lives of the people surrounding them, affected over the years by their actions.

During the total eclipse of 1999  Laura witnesses an event that will follow her around from that moment on, one she struggles to come to terms with the aftermath of, the impact on the lives of all of those involved, and the ultimate unravelling of history.  As truths about those who share the ordeal become known, Laura struggles to come to terms with everything, hiding from the past seems her only option, striving to live a full life in the shadows, just as the sun hides behind the moon during an eclipse.

Switching back and forth between her current life and the unfolding memories of the past 15 years, He Said/She Said is told with all of the amazing ability I have come to expect from Kelly, ensuring that you are compelled to keep reading because you can’t wait to see how the tales intertwine, and slowly unwind all whilst combined with a reminder of how there are often many sides to every story…

One thought on “He Said / She Said – Erin Kelly”