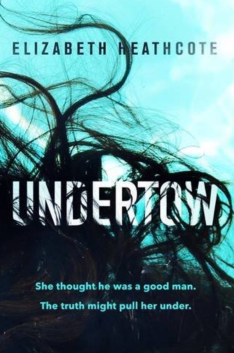 The woman’s name was Zena and she was twenty-nine. There was a picture in the paper – she was very good-looking, slim with long glossy black hair, flawless ivory skin, in the photograph she looked like a model. Paula recognised her, had seen her before in the village. Shaun had pointed her out one day – he knew her a bit from when they were young, she’d grown up nearby and then moved away. Shaun had said hello to her, but she’d blanked him. He’d been stung by that, she could tell, but he’d laughed it off.

It turned out she and her partner had been living around the corner in Shell Road. The paper said that they’d bought it as a weekend place just a few months ago. Paula could see the house from her garden – an old lady called Iris used to live there and after she died it was empty for a while. Paula knew someone had moved in, but she hadn’t seen them yet, she didn’t realise it was the same woman. They were down for the bank holiday. The woman went for a swim late afternoon on the Monday and didn’t come back. The paper said she had swum from the stretch of the beach next to the bungalow, which wasn’t safe – she should have known that, growing up around there. It wasn’t protected for swimming – jet skis and boats used that area, plus the tide was strong and there were big waves, an undertow that could be dangerous.

There was lots of talk in the village, about the dead woman, theories about how she had died, rumours that it wasn’t just a simple case of drowning, that there was more to it than that. Shaun said it was all nonsense and Paula was happy to agree with him. St Jude’s was a gossipy place, everyone liked to have an opinion.

Someone who knew the dead woman from way back said she was a strong swimmer, that she knew what she was doing. Sometimes, Shaun said, it isn’t enough.

My husband’s lover. They said her death was a tragic accident. And I believed them . . . until now.

Carmen is happily married to Tom, a successful London lawyer and divorcé with three children. She is content to absorb the stresses of being a stepmother to teenagers and the stain of ‘second wife’. She knows she’ll always live in the shadow of another woman – not Tom’s first wife Laura, who is resolutely polite and determinedly respectable, but the lover that ended his first marriage: Zena. Zena who was shockingly beautiful. Zena who drowned swimming late one night.

But Carmen can overlook her husband’s dead mistress . . . until she starts to suspect that he might have been the person who killed her.