K A Richardson is the Northern based crime writer behind the novella Escape, followed by her first full novel With Deadly Intent. She also writes a North East crime series, I’ve Been Watching You is available now, with the next in the series Time To Play available from September.  She was fantastic enough to put together this piece on the 2016 festival.

The first thing you notice about Harrogate Crime Festival is the atmosphere. It oozes out from the hotel and every single person attending, whether they’re authors or readers. The next thing you notice is the big name authors like Peter James and Val McDermid. You might see these authors and initially go into panic mode or become a little anxious about speaking to them. But you really don’t have to. They talk to everyone like they’re old friends, because that’s what they are – even if it’s the first time you meet its like you’ve known each other for years. Readers and authors alike will sit together at tables, stand in groups or sit on the grassed areas and have a drink and a chat. There are tents, over-sized chairs and books shelves that take over the green at the front of the hotel.

Harrogate is a pretty magical festival. Not just because of the beautiful location at the Old Swan Hotel which is steeped in writerly history itself, or of the beautiful town of Harrogate, or even because the organisers do such a fantastic job. More so because it puts people on the same level – it’s easy to meet new friends and discuss books and writing, it’s educational as the panels give ticket holders the chance to hear about their favourite author or TV writer, how they write or structure their writing and how they got to where they are now.  You can get an insight into forensics, or cyber-crime as well as a multitude of other crime related subjects, by attending various other panels. Wannabe writers can partake in Creative Thursday which is a whole day dedicated to honing the skill and giving the opportunity to pitch to an agent.

On occasion some TV and film stars, are just wandering around chatting to people like they’re old friends. Last year Eddie Izzard was on a panel, we’ve had Jamie Lomas and Anthony Quinny this year. There’s also a lady from Coronation Street who attends regularly just to attend the panels as she’s an avid crime reader.

There’s always the opportunity to have books signed – whether by authors you see standing around chatting, or by those taking part in the organised signings in the tent outside. The book shop on the lawn gives you ample opportunity to make purchases and hunt down your favourite author, though you don’t need a book to sign to do this. As well as purchases, signings etc, there is also the chance to win goodies! Crime Files and Dead Good Books put events on through Saturday where you take part in a few exercises and can win books, chocolate, wine and a host of other goodies. Goodie bags are also provided if you buy a rover ticket – this bag contains approximately four books (some proof copies that have not even been released yet!), leaflets and bookmarks.

I’ve been going to Harrogate now for about five years, and I remember how terrified I was the first time I went. It was overwhelming – I didn’t know anybody there and was attending for a few panels. Once I got past the initial shock of seeing so many of my favourite authors in one place though, it became a fantastic experience and one I look forward to every year. I have made firm friends with many of the authors, publishers, agents, bloggers and readers, and we have a great time catching up. As a writer, I also find it incredibly inspiring – on my return home I open the laptop and start writing while the buzz is still there.

Realistically there’s only one way to see what I’m saying about Harrogate – the thousands of photos posted from there can only show so much. The only real way is to come down and experience it for yourself. So book the tickets, pack a bag (leaving room for books obviously) and head on down there. Next year the dates will be 20-23 July 2017, and I hope to see you there! 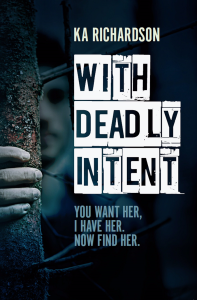