Welcome to my new feature Blurb is the Word.

Over the last two years I’ve read over 240 books many of which haven’t made it to the site for full reviews for many reasons, from time constraints to motivational issues or occasionally just because the book has been around for many years, and reviewed so much, I simply didn’t do it.

To that end I’ve decided to make these ‘unmentioned’ books into an occasional feature, with a handful of short, sharp reviews, or ‘blurbs’ , sometimes dedicated to a single author, sometimes a bit of a mix, all with the intention to intrigue you just enough to give some of them a try.

All books are worth reading.   All books deserve talking about.  Even if you don’t enjoy them, someone else will.  Lose yourself in a book.  There is NO BETTER escapism, enjoy worlds you will only know in your imagination.  Have fun, and I hope these blurbs pique your curiosity.

The Sisters – A thrilling read that will grip you from the very beginning and make your head spin, as you slowly unravel the complex web of deceit that is the very heart of the story. 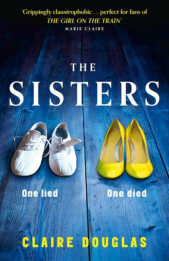 One lied. One died.

When one sister dies, the other must go to desperate lengths to survive

After a tragic accident, still haunted by her twin sister’s death, Abi is making a fresh start in Bath. But when she meets siblings Bea and Ben, she is quickly drawn into their privileged and unsettling circle.

When one sister lies, she must protect her secret at all costs

As Abi tries to keep up with the demands of her fickle friends, strange things start to happen – precious letters go missing and threatening messages are left in her room. Is this the work of the beautiful and capricious Bea? Or is Abi willing to go to any lengths to get attention?

When the truth outs, will either sister survive?

The Girl With No Past – We all have something we want to keep to ourselves, but can a bad deed ever go unpunished? In this one sitting read you will find yourself enthralled trying to uncover what Leah doesn’t want you to know, but somebody else, who does know, really wants to tell… 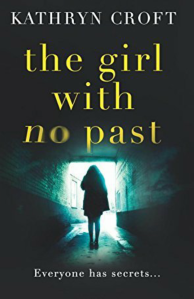 Leah Mills lives a life of a fugitive – kept on the run by one terrible day from her past. It is a lonely life, without a social life or friends until – longing for a connection – she meets Julian. For the first time she dares to believe she can live a normal life.

Then, on the twentieth anniversary of that day, she receives a card. Someone knows the truth about what happened. Someone who won’t stop until they’ve destroyed the life Leah has created.

But is Leah all she seems? Or does she deserve everything she gets?

Everyone has secrets. But some are deadly.

No Coming Back – Confronting your past isn’t easy, discovering the truth isn’t easy, and sometimes there is No Coming Back.  Finding out what happened to the disappeared and the dead is harder than you may think. Old rivalries, resentments and tragedies unfold in this thrilling tale. 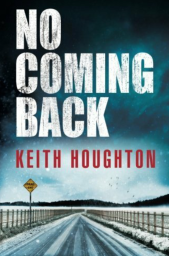 Since he last set foot in Harper, Minnesota, Jake’s whole life has changed beyond recognition, but the place seems just as he left it. Small-town politics and gossip rule, and his return is big news.

When a body is discovered at the frozen Hangman Falls, Jake is beset by a snowstorm of anger and revenge. Hounded by grudges and feared by the townsfolk, Jake is determined to uncover the truth behind his girlfriend’s disappearance. But he still has enemies in town and they have other plans for him.

Betrayed at every turn and unsure whom to trust, Jake’s quest for the truth rekindles old rivalries and rouses ghosts that should never have been disturbed. He wants above all to find the peace of mind that has so long eluded him. But no man can escape his past.