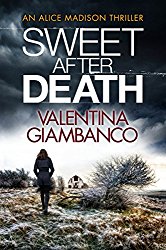 The woods pressed into the town from all sides. The bite of land that had been scooped out of the wilderness by the original residents was barely visible from above during the day, and at night – when the only lights were a few scattered street lamps – it was all but gone.

The deer raised its snout, sniffed the cold night air and took a couple of steps. It paused by the line of trees and waited. Somewhere much higher up on the mountain the winds howled and shook the firs for what they were worth, but in the hollow of the valley the town of Ludlow lay silent and still. The deer ambled into the middle of the empty road and three others followed it out of the shadows. They made no sound as they padded on the veil of snow and their reflections crossed the windows of the shuttered stores on Main Street. The town stirred in its sleep but it did not wake: a dog barked from inside a house, a porch light – triggered by a faulty motion sensor – came on and went off in one of the timber-frame homes, and one of the town’s three traffic lights ticked and flickered from red to green to marshal the nonexistent 3 a.m. traffic. And yet, tucked away in an alley, a thin shadow tracked the progress of the deer and matched them step for step. They didn’t pick up its scent because it smelled of forest and dead leaves, and they didn’t hear any footsteps because it made no sound as it wove between the houses. The deer followed a familiar route that would lead them to the woods at the other end of Main Street, and it wasn’t until they had almost reached their destination that they caught the ugly scent. It was a few hundred yards away yet sharp enough to startle them. For an instant they froze and then, one after the other, they bounded out of sight. The acrid smoke spread through Main Street, reaching into the alleys and the backstreets, under the doors and into the gaps of the old window-frames. But the car burning bright by the crossroads would not be discovered until morning, and by then the thin shadow was long gone.

A few miles away Samuel shifted his weight on the thin mattress and listened out for birdsong: he couldn’t hear any, and it could only mean that it was still pitch black outside. He sighed and tried to grasp the tail of a half-remembered dream. Something had woken him up, though, and it took him a moment for the notion to sink small, keen teeth into his mind – dulled, as it was, by sleep and the warm cocoon of his blankets. Then a rough hand grabbed his shoulder and Samuel flinched and understood. He sat up without a sound, eyes peering through the gloom.

The bedroom – such as it was – was plain, with pallets for beds and a wooden stove in the corner. Embers from last night’s fire lit the bundles of blankets lying on the other pallets, and a cold draft found Samuel as soon as he threw off the covers.

He didn’t have much time, and he knew it. His heart had begun to race and his mouth was a tight line as he pulled on his boots and snatched his satchel from the side of the bed. The tip of the boy’s finger brushed against his good-luck charm, hidden in the folds of the satchel, and he felt a crackle of pleasure.

Two minutes later, Samuel walked out into the night and the door closed softly behind him. He looked up: the sky was low with heavy clouds, and he could almost taste the snow that was about to fall. He ran across the clearing and straight into the forest. He knew each tree and boulder and rock, and the dusting of white on the ground showed him the way. They had always called him ‘Mouse’ because he was small for his age – fifteen years old the previous November – small and fast. He needed all the speed and cunning he could muster now.

Speed, cunning and the spirit of the mountain on his side. He was three hundred yards away when the bell clanged and shattered the silence. They would be waking up then, rushing and scrambling after their things, and when the door opened to the night they would fall out and come after him. And God forbid they should catch him. The black raven feather in the boy’s satchel would have to work hard to keep him safe.

In the dead of winter Homicide Detective Alice Madison is sent to the remote town of Ludlow, Washington, to investigate an unspeakable crime.

Together with her partner Detective Sergeant Kevin Brown and crime scene investigator Amy Sorensen, Madison must first understand the killer’s motives…but the dark mountains that surround Ludlow know how to keep their secrets and that the human heart is wilder than any beast’s.

As the killer strikes again Madison and her team are under siege. And as they become targets Madison realises that in the freezing woods around the pretty town a cunning evil has been waiting for her.