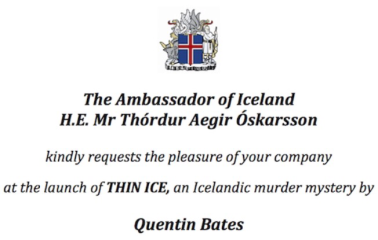 I don’t know about you but when the Ambassador for Iceland invites you to the embassy itself to celebrate the launch of the latest book from an author you love, and regularly chat to at festivals, it’s not the sort of thing you turn down. 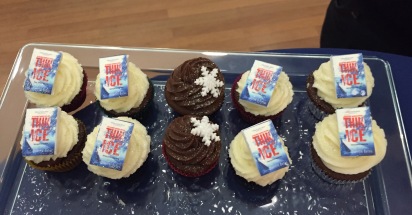 Thin Ice by Quentin Bates is the fifth and latest installment in his series featuring Officer Gunnhildur of the Reykjavik Police force, and I was very grateful for the invite to the event.  I had a  great opportunity to meet with bloggers I’d not met before, and experience something completely new to me, as it was the first London book launch I had attended.

Not only were we treated to some fantastic Thin Ice Cupcakes, but we were also lucky enough to hear an extract of Thin Ice read out, by Mel Hudson, who has been the narrator of all of Quentin’s Gunnhildur audio books since Frozen Out (released as Frozen Assets in the US) and has an amazing knack for getting all those tongue twisting Icelandic names right! 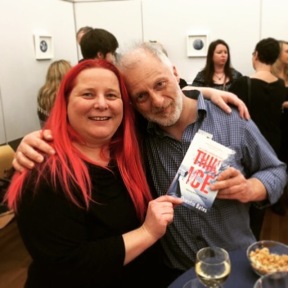 and of course spending some time with the much in demand (well it was *his* book launch) Quentin Bates, who is a fantastic writer and a fabulous guy. 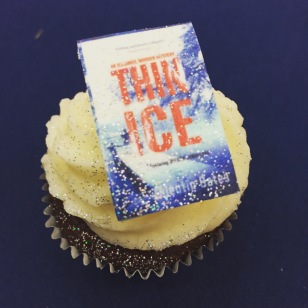 Snowed in with a couple of psychopaths for the winter…

When two small-time crooks rob Reykjavik’s premier drugs dealer, hoping for a quick escape to the sun, their plans start to unravel after their getaway driver fails to show. Tensions mount between the pair and the two women they have grabbed as hostages when they find themselves holed upcountry in an isolated hotel that has been mothballed for the season.
Back in the capital, Gunnhildur, Eiríkur and Helgi find themselves at a dead end investigating what appear to be the unrelated disappearance of a mother, her daughter and their car during a day’s shopping, and the death of a thief in a house fire.
Gunna and her team are faced with a set of riddles but as more people are quizzed it begins to emerge that all these unrelated incidents are in fact linked. And at the same time, two increasingly desperate lowlifes have no choice but to make some big decisions on how to get rid of their accidental hostages…