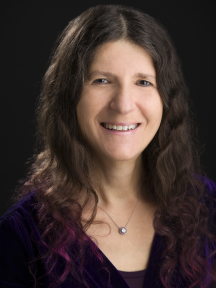 As part of the blog tour for the latest Geraldine Steel novel ‘Murder Ring’ Leigh Russell talks to LifeOfCri.me about where some of her inspiration came from.

My inspiration for Murder Ring

Inspiration comes from all sorts of places, in various guises. Agatha Christie famously said that the best time for planning a book is while you’re doing the dishes. Even though nowadays most of us have dishwashers, we all know what she meant. I can be sitting at home, or out and about, when an idea occurs to me and off I go. Ideas can come from anywhere. It might be a person I’ve noticed who sparks off a story, or an atmosphere in a strange place, or just a large suitcase, large enough to hide a body…

The inspiration for Murder Ring came about in a slightly unusual way for me, more calculated than in my other books. Usually I’m inspired to write about something that interests me, but this time, ironically, my starting point was  a topic that didn’t interest me at all. In the fourth book of the series, Geraldine Steel moved to London. By the time I started to think about Murder Ring, the eighth in the series, I decided I couldn’t continue setting a detective in North London in the present day without ever mentioning guns. The problem was that not only did I know nothing about guns, they aren’t a topic that inspires me at all. Nevertheless, in the interests of authenticity, I decided to bite the bullet, if you’ll excuse the pun. So tackling the issue of gun crime was a conscious choice, rather than an idea that inspired me.

One of my advisors is a police ballistics expert, but his information was not what interested me the most once I began to look into the subject.  My research led me in a different direction, looking into the kind of people who were likely to be in possession of guns in London. Most of them are not criminal masterminds, but dysfunctional people. Older teenagers in gangs frequently give their firearms to young siblings to look after in order to avoid detection, knowing the children are too young to be prosecuted if found in possession of a gun. It was in the news recently that children as young as ten were among fifteen hundred children held over alleged firearm offences in the UK in the three years to January 2016. Such statistics are worrying, and are only likely to worsen as guns are so readily available.

The more I looked into the subject, the more I realised that while guns themselves don’t interest to me, what they represent fascinates me as a writer of crime fiction. People often use self-defence as an excuse for owning guns, but guns are essentially a means of exerting power. And for a crime writer, villains seeking to control or eliminate their victims is always interesting. So although guns in themselves are merely mechanical instruments of death, introducing them into Murder Ring opened up new possibilities for creating villains. Because what makes guns frightening is not the weapons themselves, but the people who use them.