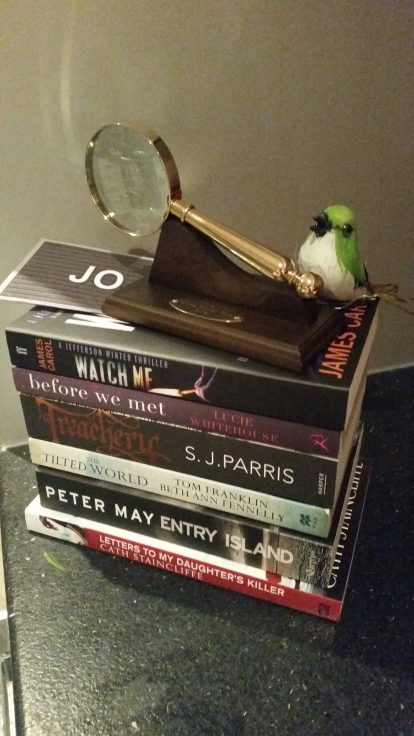 I got this delightful bunch of freebies courtesy of Cactus TV’s ITV3 show The Crime Thriller Club. These are the titles that are up for the Specsavers Crime Thriller Book Club Award 2014

For those that haven’t seen the show before look up Episode 2 of the 2014 season which aired on the 23rd September for a chance to see myself and my Crimesquad.com partner Chris in action in the end of show quiz.

And if you missed that show, don’t worry.  There’s another chance to catch Chris and I in action being shown on Monday 20th October, ITV3 9PM BST