I’ll try and keep this page updated as regularly as possible with new additions, if you see anything incorrect, can add further information, or want to see your event listed here please email me using the address on the menu bar.

Crime & Publishment at the Mill Forge, Gretna Green.  A fabulous creative writing course and the chance to pitch an agent.  See our feature on last years event.

Deal Noir at The Landmark Centre, Deal.  A charming looking one day festival with an attractive £12 price tag, and some great authors to boot!

Returning for its second year Newcastle Noir is based at Newcastle’s Literary & Philosophical Society (The Lit & Phil) Britain’s largest independent library outside London, and celebrates the best in crime fiction. 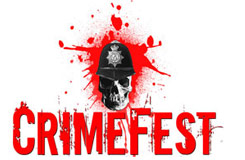 Now into its eighth year, The Royal Marriott, Bristol remains the venue for this ever popular and growing crime writing festival.

Dark & Stormy Fest.  Held in conjunction with the month long Brighton Festival, Dark and Stormy returns for its second year of crime based, TV, Films & Books.

Another chance for budding writers to mix with the successful in the genre and learn from their shared knowledge and experience.

Now in its fourth year, the festival has grown to become a highlight on the crime writing calendar both in Scotland and beyond

Taking place at Mareel, Shetland and under the watchful eyes of Ann Cleeves, Shetland Noir takes Iceland Noir’s place on the calendar for 2015 and looks to be shaping up into a great weekend away.

At the moment I haven’t been able to find confirmed dates for the following festivals, or in some cases they are taking a break for a year.  If you have further information please let me know. 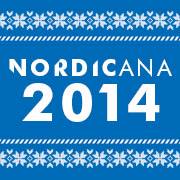 Rumoured to be going ahead again this year on the 7th & 8th of February.  Although I haven’t found anywhere to confirm this yet.

Usually an integral part of Portsmouth Bookfest, I have no information available on dates for this year, yet….

ICELAND NOIR (Not strictly UK based I know, but one that a large number of UK crime writers regularly attend) Replaced for this year only by Shetland Noir, Returning in 2016